Karim Benzema has been crowned the UEFA Player of the Year after equalling Cristiano Ronaldo’s record in the tournament last season.

The 34-year-old France international has been in superlative form for Real Madrid after helping Los Blancos to clinch their 14th European most prestigious competition and his fifth since moving to Santiago Bernabéu Stadium from Lyon in 2009.

Benzema was in red-hot form, scoring 15 goals in the UEFA Champions League as Real Madrid beat Liverpool 1-0  courtesy of Vinicius Junior’s only goal in the final.

The French striker adds another feat by equalling Ronaldo’s record for most knockout goals in a single UEFA Champions League campaign after he scored in the 2-1 comeback win over Manchester City in the second semi-final on May 4.

The goal was Benzema’s 10th in the knockout stages of this season’s Champions League where he went level with Ronaldo who found the back of the net 10 times for Real Madrid during their run to the title in the 2016-17 season.

Benzema started the campaign by helping France to UEFA Nations League glory and said via the UEFA official website: “I’m really happy,” he said as he collected his award.

“It’s the first time I’ve won this trophy but for me, the most important thing is to win trophies with the team. Mr. Ancelotti is the best coach in the world; he gets it right with every player, he gives us confidence and he tells you what to do before every match.”

Benzema scored 42 goals between La Liga and the Champions League as he lift the La Liga and continental title the last term taking the crown off of  Jorginho after the Italian midfielder who was handed last season’s edition of the award for his stellar displays on the way to the Blues’ memorable tournament triumph in 2021. 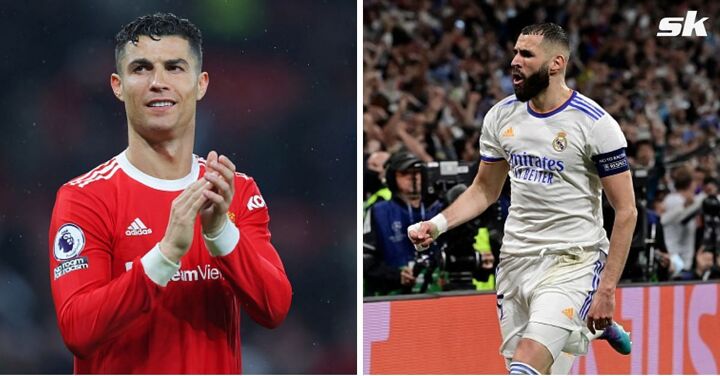 Xavi ready to create space for Messi ahead of next season

iseghohi odianosen - September 26, 2022 0
Barcelona manager Xavi Hernadez has not given up the hope to bring Lionel Messi back to Camp Nou with the Argentine attacker set to...

Messi among most Ballon d’Or nominees despite missing out for first...