Victor Moses leads 17 other Nigerian players who won titles in the 2021-22 European Season.

1. Victor Moses leads other Nigerian stars after helping Spartak Moscow to end a 19-year Cup wait by lifting Russian Cup to increase his trophy-laden career with a 2-1 win over Dinamo Moscow inside the Stadion Luzhniki in Moscow on Sunday. 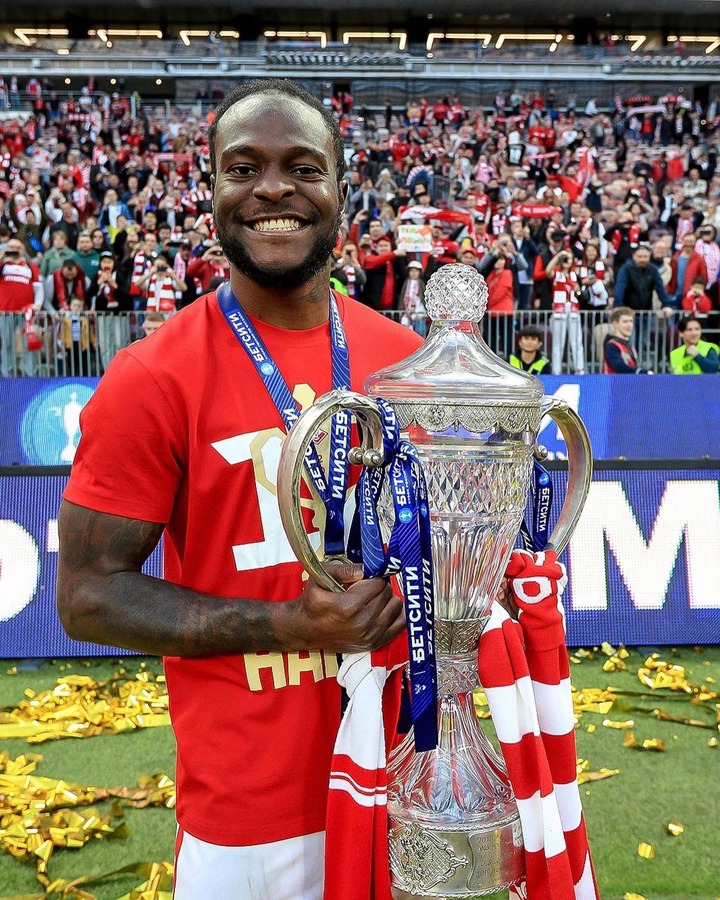 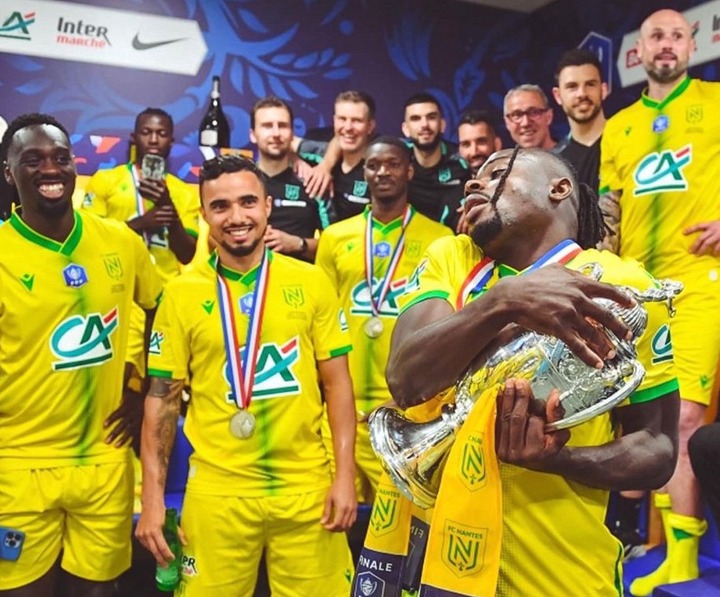 3. Leon Balogun played his part in the Rangers’ first Scottish Cup win in 13 years after the victory over Heart. 5, Joe Aribo suffered Europa League final heartbreak despite scoring first for Rangers but the Super Eagles attacking playing returned to winning ways by lifting the Scottish Cup with Gers with a 2-0 win over Heart. 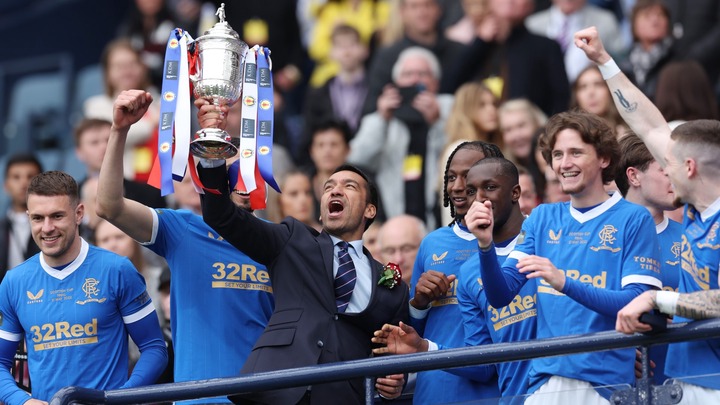 5. Calving Bassey with another performance to ensure the Rangers do not go trophyless this concluded season by keeping a clean sheet in the Scottish Cup final at Hampden Park after losing the Premier League title to arc rival Celtic and Europa League defeat to  Eintracht Frankfurt in a penalty shootout after a 1-1 scored draw in Sevilla a few weeks ago. 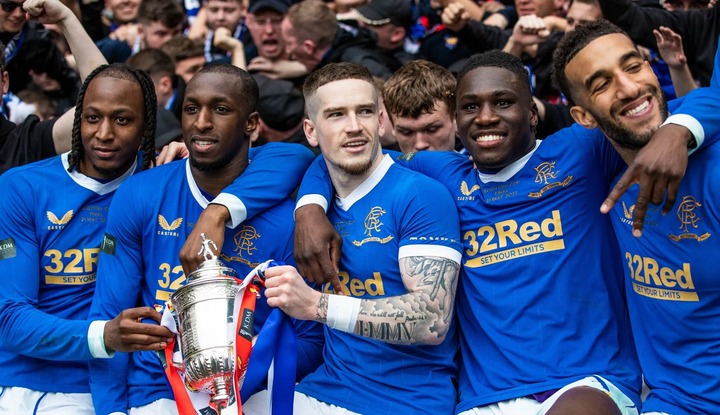 7. Anthony Nwakaeme who has been linked with a move to Hull City helped Trabzonspor to their first Turkish Super Lig title in 38 years. 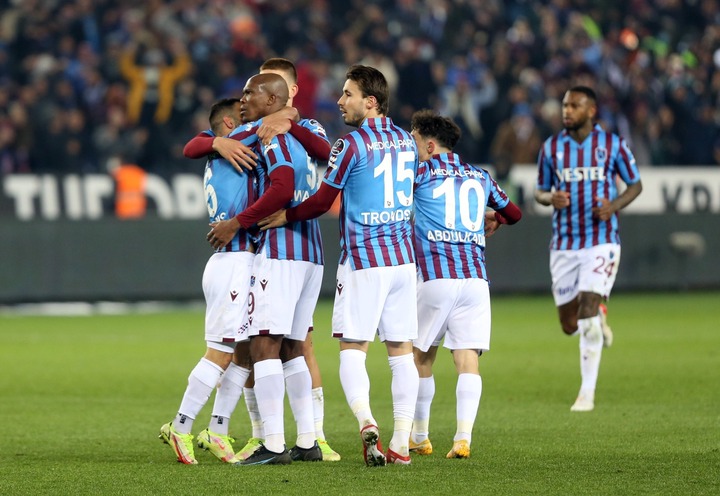 8. Shehu Abdullahi won the Cypriot Cup with Omonia Nicosia after featuring five minutes as he was giving a marching order. 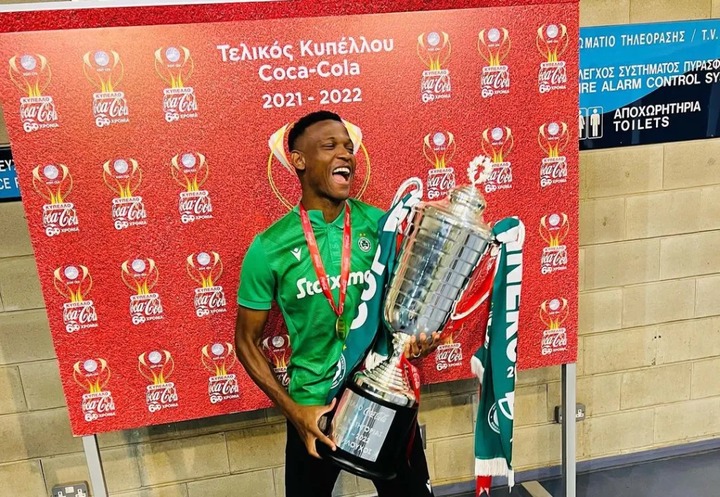 9. Francis Uzoho won the Cypriot Cup after Omonia Nicosia clinch its first title since 2012 but the Super Eagles goalkeeper was an unused substitute. 11. Leke James did not feature in the final but picked up a medal also as he played in earlier rounds scoring two goals as he is currently out injured.

12. Henry Onyekuru has failed to hit form again since scoring 14 goals in his loan spell to Galatasaray in 2018–19 but the Onitsha born-star had the 2021–22 Super League Greece league title as a bright spot after scoring once in 17 appearances this season for Olympiacos.

13, Zaidu Sanusi scored the only goal that sealed Porto’s title win against Benfica and Super Eagles’ left-back played in the Taca de Portugal final win over Tondela to ensure his side clinch a domestic double. 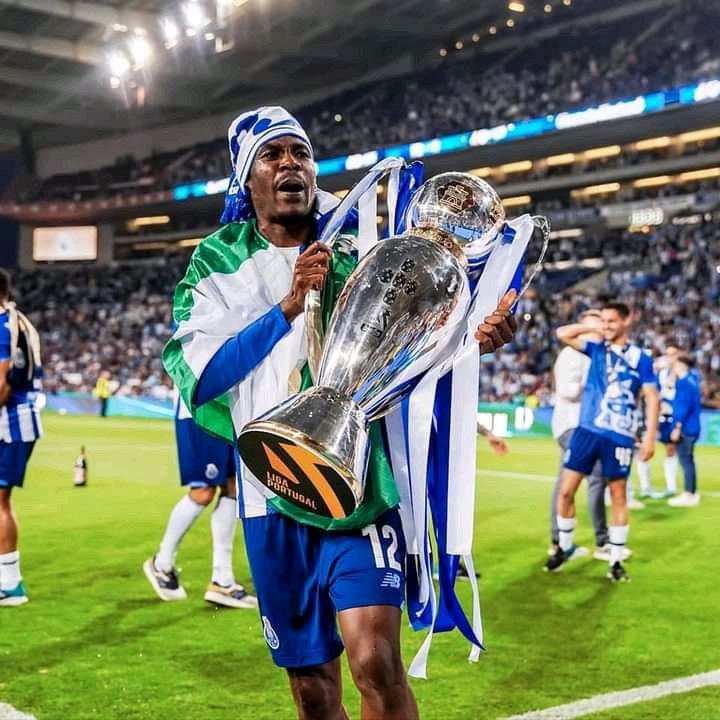 14. Sadiq Umar sends UD Almeria back to La Liga after scoring 18 goals to ensure the La Liga 2 side finished as champions and earned a promotion to the Spanish topflight. 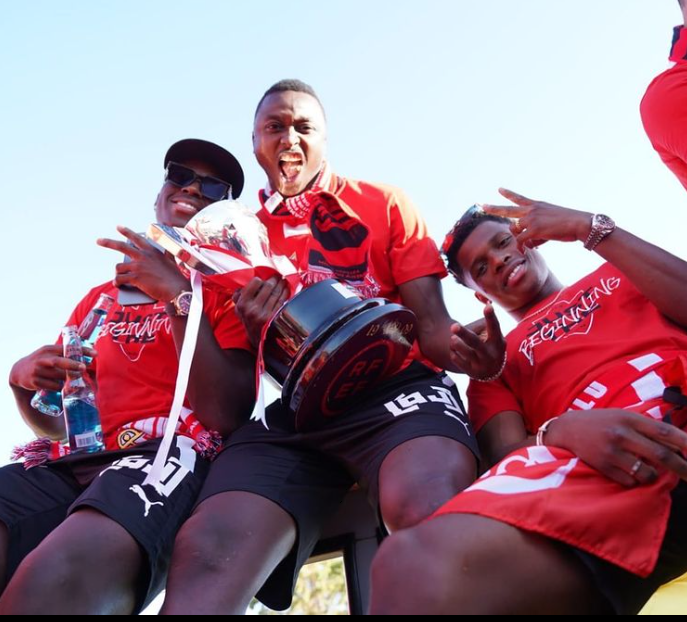 15. Akinkunmi Amoo also won the Danish League title with FC Copenhagen and may be playing in the Champions League next season. 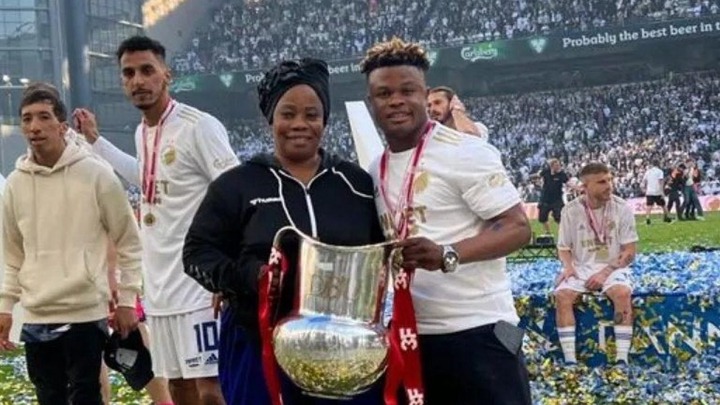 18 Samuel Emen Eduok was part of Hajduk Split to win Croatian Cup after a 3-1 win over Rijeka. 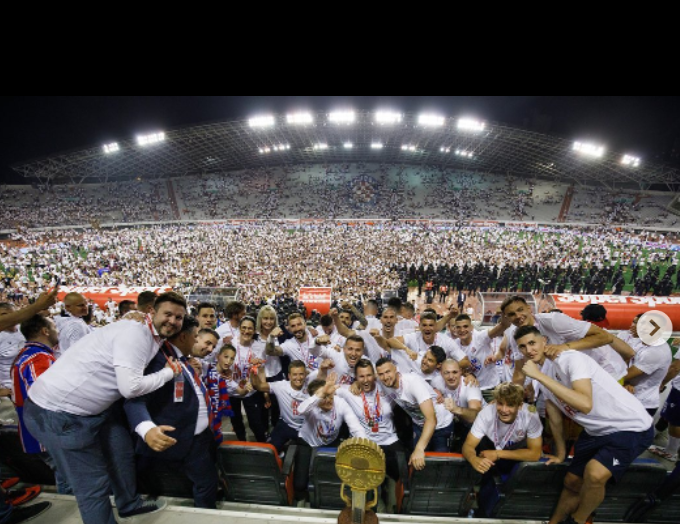 Tolu Olulana - May 16, 2022 1
Kylian Mbappe announced that he had made a decision over his future at Sunday night's UNFP (the French Professional Footballers' Union) gala. The French forward will move...

Hazard and Bale reunite after Belgium versus Wales clash

Another injury problem for coach Peseiro ahead of Super Eagles’ upcoming...